Originally published online and in print at The Lincoln News-Messenger July 30, 2009 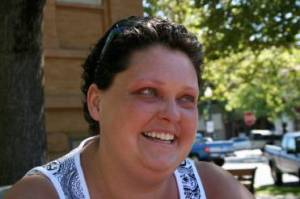 For the Lewis family, the past year has been a trying one.

Shortly after Sara Lewis gave birth to her son, Dale; she was diagnosed with leukemia.

Her family was faced not only with dealing with the illness, but with the financial impact of her treatment at Stanford as well.

Lewis told the Lincoln News-Messenger in November 2008 that the family appreciated the town’s support and that she had “a lot of people I want to thank, once I get home.”